Meet our Councillors on 4th March: The Dulwich Society is hosting an event to hear from and question our local Councillors. All three political parties will be represented and it’s an opportunity for us to understand and make our feelings known about the Council’s current and future policies as they affect transport, education, the environment, planning, policing and health. This event takes place on Monday 4th March at 7.30pm at the Michael Croft Theatre, Alleyn’s School, Townley Road, SE22 8SU. Young residents who will be voting for the for the first  time in the next Council elections may find it particularly helpful to come along.

The Velodrome inner track, Multi Use Games Area and floodlighting are underway: Work has started on the site and is intended to be completed by the Good Friday Meeting which will launch the new facilities and also the campaign to raise finance for the third and final phase of development, making good the presently dilapidated pavilion. The Residents’ Association has been involved in agreeing hours  of access for the contractors ( including limiting access during the busy school run) and in monitoring the works generally. Issues arising with the works are being taken up and dealt with as we go along and generally all seems well, but get in touch if there’s anything troubling you. Peter McAnany, (07748 632950) the F M Conway Project Manager is acting as Public Liaison Officer and is also available to answer any questions.

What’s your view about the proposal for a replacement pedestrian island at the junction of Burbage Road and Dulwich Village?  We remain very concerned about the safety of this junction, especially for pedestrians. A return to the previous configuration has always been our aim but seems unlikely under safety evaluation criteria and given budget constraints. However, in response to strong local feeling, a plan has been drawn up to reinstate a pedestrian island just back from the junction and this is attached for your information. The finance for this plan has been earmarked but will not be committed without residents’ approval, which needs to be given in March. Council Officers will explain the plan to us and collect our feedback at a meeting to be arranged shortly, but in the meantime it is  important that if you have any views, for or against, if you don’t mind what happens, or have any questions you contact me directly as soon as possible . As this is such a key issue for us, and the sums of public money are large ( c£18K),  I don’t feel able to volunteer a representative view without explicit feedback from as many residents as possible. So I’d appreciate a quick email response from everyone. (Acceptance of this proposal will not prevent us from pursuing the issue of how the current configuration was changed without our views being taken into account.)  Thanks.   Proposed Burbage pedestrian island

Should we lobby for culling urban foxes?  Given the disturbing recent news involving urban foxes and infants, some residents have raised the question of whether we should lobby for measures to cull the urban fox population. I’d be interested to hear your views on this.

Does household closed circuit TV help to deter or catch criminals?  Some of us have CCTV trained upon our own property and a neighbouring residents’ association has asked whether we think it helps as some of their own members are considering it too. I’ll be grateful if any residents who have it in operation will let me know what they think so we can pass our views on.

We have until 6th March to respond to the Mayor’s survey on his Office’s Policing Plan: Details of how to do this by post or via the internet are on the attachment above. Police and Crime Questionnaire

Would you consider opening your garden to raise money for St Christopher’s Hospice?  Last year over £20,000 was raised for the hospice in this way. You could open your garden and hold your own tea and cakes party or perhaps host a barbeque.

For more information about the Open Gardens season or to hear more about their events please contact Saja Shaheen, Events Fundraiser, on 020 8768 4715..

The resurfacing of Burbage Road seems to have gone smoothly! Some residents have been speed testing the humps –  apparently for altruistic purposes – and report that they seem smaller, but we have been assured that the humps’ ‘sinusoidal design’  is fit for purpose and now the Borough standard.

Please put Friday 21st June in your diary for the  Turney & Burbage  Summer Party at the Edward Alleyn Club and let me know if you have any ideas for the party or can help either beforehand or on the day -the organisation usually falls to a very small (and worn out) group of neighbours. I also hope to update the email database shortly and volunteers to cover a small section of the road would be appreciated (it’s a good way to meet people). 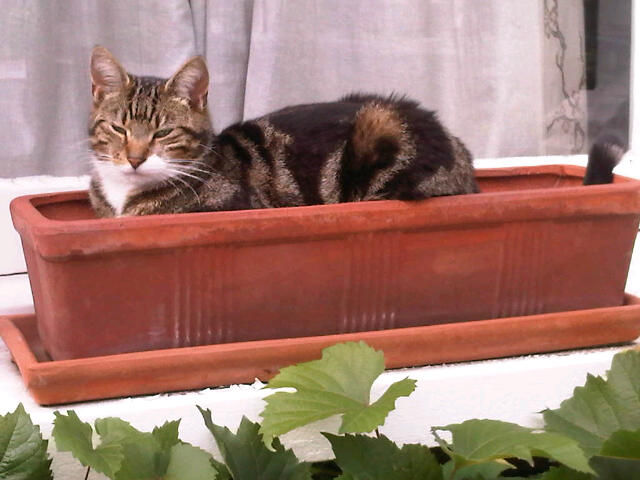 Georgie Porgie Puddings and Pies is a cookbook put together last summer by local residents, the Vernon family, to raise money to enable George, a family member aged 5 years who has cerebal palsy, to have 2 operations in the USA to enable him to walk, something we never thought he would do.

He had the operations last October and the transformation is amazing.  He now walks with a frame and is such a happy child.  £30,000 has been raised so far and the money the Vernons are raising from the cookbook is going towards George’s expensive physio treatment.  Out of 300 copies printed, they have 50 left to sell.  If anyone is interested please email me on vernonrun@aol.com or call on 020 8693 3971.

Here is a discussion thread from the East Dulwich Forum about the young men who come to the door in the evenings selling things they say are for an organisation for the unemployed.

They have been around for years and can be abusive if you don’t buy.

The results of a study illustrating how the public are exposed to large variations in pollution concentrations as they go about their normal day were presented at a public meeting on 16th January 2013. The study was funded by through the GSTFT/KCL NIHR Biomedical Research Centre and launched the South East London Air Quality Community Group.

This demonstration study involved seven residents of south London carrying portable pollution (black carbon) monitors and GPS watches as they went about their normal daily activities. The volunteers included a pensioner, a cycle courier, an ambulance driver and a school pupil. Despite its simple design, the results revealed some important and surprising indicators about exposure to traffic pollution such as:

Southwark Council will be carrying out carriageway resurfacing at the Red Post Hill, East Dulwich Grove and Village Way junction starting on 27 February 2013.  These are expected to last until 5 March 2013.

To undertake the works safely and to reduce disruption to traffic flows and pedestrian foot flow, these carriageway works  will be implemented during the nights (Monday – Friday, 20.00hours – 05.00hours) when traffic and pedestrian volumes are reduced.  Very noisy works will take place before 24.00 hours.

Colin
thanks for yours of this morning.
See below
Toby

Subject:        RE: Re: carriageway resurfacing

Can you please look into following issues raised in e mail below and feedback to me?

Hi… just to let you know that someone stopped me in the Village today to complain about the noise that the lorries are making during the building works, so I said that I’d pass it along just in case there is anything that can be done.

Apparently the beeping noise while the lorries are reversing can be heard all the way down to the junction with Dul Vil and Gilkes Place… and the works seem to be going on way past midnight.

I know the reversing beeping is a Health & Safety requirement, but is there anyway that it can be turned down?? Apparently the motor noises aren’t that bad, but the beeping is unbearable…

Subject:        RE: Re: carriageway resurfacing

Dear Councillors Robin Crookshank Hilton, Toby Eckersley and Michael Mitchell,
I write to inform you of  council intention to carryout carriageway resurfacing Red Post Hill, East Dulwich Grove and Village Way junction   from the 27th FEB 2013 and will be completed by 5th. March 2013.

Residents have been informed via letter through the post of this work. Attached below is a copy of the letter that was sent to your constituents informing them of the works?

We apologies for any inconvenience the works would cause your residents in advance.

The Dulwich Society is hosting an open meeting with the local Southwark councillors – all three political parties will be represented, from our three Wards – Village, College and East Dulwich.   This is an opportunity for residents to question the Council’s current and future policies and how they impact on our locality.

“Immobilise” is a public database to which anyone can upload any property information. The police always check against this database when they recover stolen property. Please consider registering your valuable property on http://www.immobilise.com

The IMEI number for phones is useful to keep noted in a safe place (not on the phone)  as it can be used to block a stolen phone.   Find your IMEI by entering *#06# onto the keypad of most phones.

Speeding offences – speed cameras have been in use recently at hotspots; traffic surveys are being planned in the near future; Safer Routes to School undertakes community level activity to decrease speeding along school routes.  Gallery Road is one of the particularly troubling roads for speeding.

Troubled by rude or aggressive house callers?  Police advise us to call 101 to report nuisance callers.

The proposed East Dulwich police station closure generated considerable discussion and the councillors urged as many as possible to respond to the Mayor’s survey regarding local policing; the closing date for this survey is 6th March 2013; we have evidence that local action and lots of petitions/signatures works (eg: the recent success in saving the Wimbledon loop line from closure).
http://www.london.gov.uk/priorities/crime-community-safety/resources/consultations

Local stakeholders are investigating alternative sites for a local police base.

Remember to call 999 in an emergency and 101 for non-emergency reports. 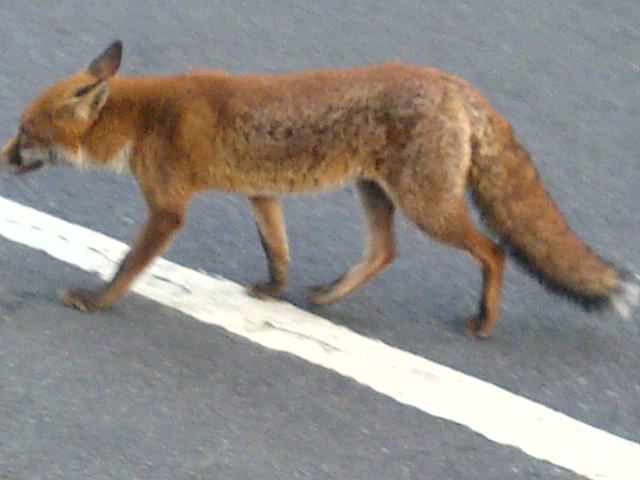 Are you having problems with urban foxes?  Many of you will have read about the fox attacking a baby in South London in its bedroom.  Horrifying but we’re glad to hear the baby is on the mend.   The Mayor and others are demanding action be taken.  Here is the advice from Southwark Council at http://www.southwark.gov.uk/news/article/64/living_with_urban_foxes.  We would like to hear from anyone having problems with local foxes – please drop us a note via the “Contact Page”.

Find out more about the Friends of Belair Park….BELAIR WEB PAGE