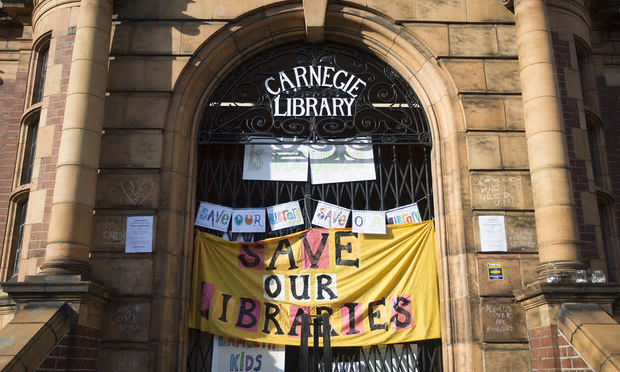 Many of you will be aware of the issues relating to the Carnegie Library and Lambeth’s plans to reconfigure their library services.   Campaigners have been occupying the library for over a week and Lambeth is now taking steps to force the campaigners to vacate the library.

The following web sites and articles provide some background:

Toby Litt in The Guardian on why the fight to save Lambeth Carnegie Library continues.

To be clear: We are NOT closing libraries – there are ten libraries in Lambeth now, and there will be ten libraries in the future.  Overall, Lambeth libraries will be open longer and book stocks will be protected.  We have committed to 2 new libraries in the coming years & have recently built a new Clapham library and refurbished Streatham & Brixton. Carnegie will reopen with a library service that will remain free and open to all.  The new gym at Carnegie will be housed in the currently unused basement of the building.  The rest of the building at Carnegie will provide at least as much community space as now, including a library service.

“As an old member of the Dulwich Society and a Friend of the Carnegie Library I should like to say a few words on the subject.

The Carnegie Library, as everyone will know, is just over the border in Lambeth, but is used by many Dulwich residents, and those who do not use it may well hold it in some regard.

We are all aware of the threat to libraries and the situation in Lambeth is no exception. However, the librarians and the Friends of the library have devised  financial proposals which, they believe, will enable the institution to continue as initially intended. Up to this moment, the council have not been willing to discuss these solutions. Instead, they have devised a scheme which involves closing the library and inviting  a private company to change the building into a fee paying gym.

To my knowledge, as well as providing the normal services, the library serves a variety of valuable social functions in the neighbourhood. The local people do not want a gym. Yet the council has now closed the building, prior to expensive reconstruction work. No plans have been made available.

The feelings of the local people are so strong on this issue that, following a meeting on April 1st, some 40 people remained behind, now locked inside, determined to occupy the building until the council agrees to discuss the whole situation.

I hope that many local residents will wish to support the librarians and Friends of the Carnegie Library in their struggle for what they believe is right.”

Join the big march on Saturday April 9. Gather outside Carnegie Library, 118 Herne hill Rd., SE24 at 11:30AM. The march will go to Brixton via the threatened Minet Library.